Lunch With Sasquatch: A Guide to Edible Wild Plants

The Pacific Northwest Sasquatch is a supremely hospitable creature. One of my most recent visits found me treated to a delightful lunch following an early morning hike — rather a jog on my part just to keep up with his daunting gait. Our trek began in the silent dawn with the sun’s first rays silhouetting Stuart Peak. We went out to enjoy the larches changing color for the season while gathering groceries for lunch.

Traversing the circumference of Lake Stuart I was first instructed to keep a sharp eye out for trillium. Sasquatch told me to moderate my harvest (of the leaves only, as the berries and roots are toxic) to only one leaf per plant so they may remain healthy and continue to brighten the woodland year after year. Pressing on we came across a variety of roots and greens. A marshy area off one of the creek beds provided numerous cattails, a few of which we packed up to boil the roots and make use of the rest of this wonderfully versatile grass. A little late in the season, we had to rely on Sasquatch’s garden for the herbs, including Rosemary and Basil which are also both used to make you smell great in Dr. Squatch’s Driftwood Cologne. Hardy Burdock provided us with leaf, stock, and root, while plantain leaves were collected to bulk up the salad. Finally, the ever-present dandelion rounded out our list of ingredients, and I was promised that a batch from earlier this year, left to ferment, would be enjoyed in a wine glass with lunch. 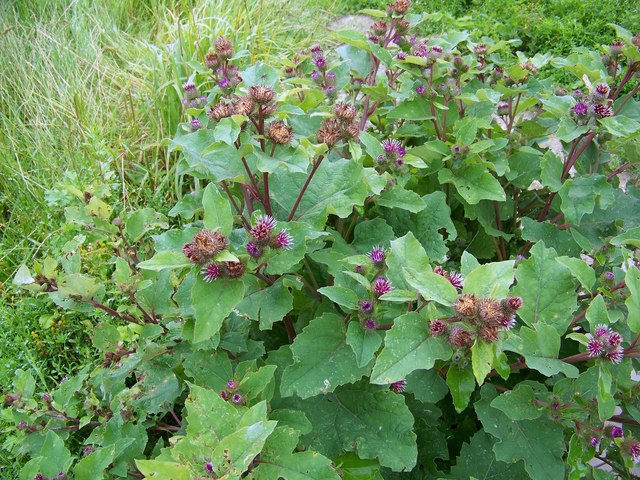 Much of the flora that looked delicious was passed over as inedible thanks to the wisdom of my friend and guide (who, alas, gets very sensitive about having his photo taken…). Though I kept asking him to educate me, Sasquatch firmly held that we didn’t have time for a fungal lesson so we passed on all sorts of beautiful fruiting bodies…perhaps I’ll return one day for that advanced course. We also avoided some conspicuous holly bushes, despite their lovely berries, which would likely have made us lose our hard-earned lunch. Poison Oak and Poison Ivy were both passed over for obvious reasons. While some do eat them in small quantities to build up immunity, we preferred a delicious lunch over a practical one. Near the cattails I saw some horsetail but was warned that they aren’t great in a meal, though they can be prepared to treat burns, wounds, and urinary tract infections. Rhododendron was very prolific in one area we searched and so vibrant green even this late in the fall.  Unfortunately Sasquatch told me that it was much better on the eyes than the stomach and had me steer clear. 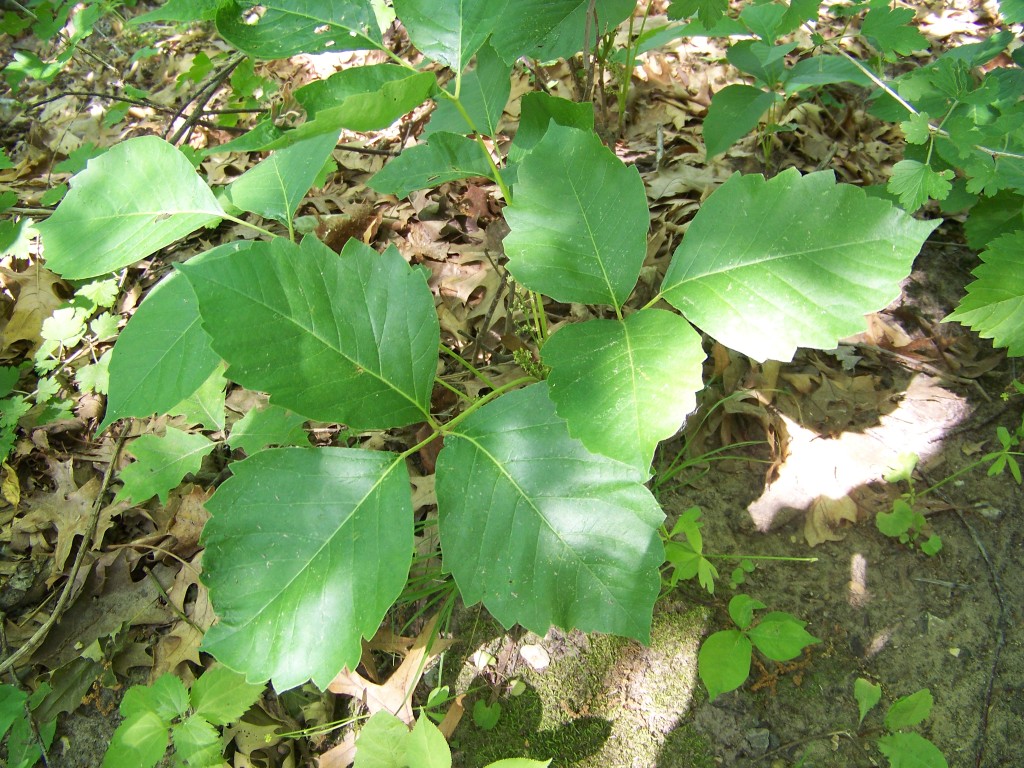 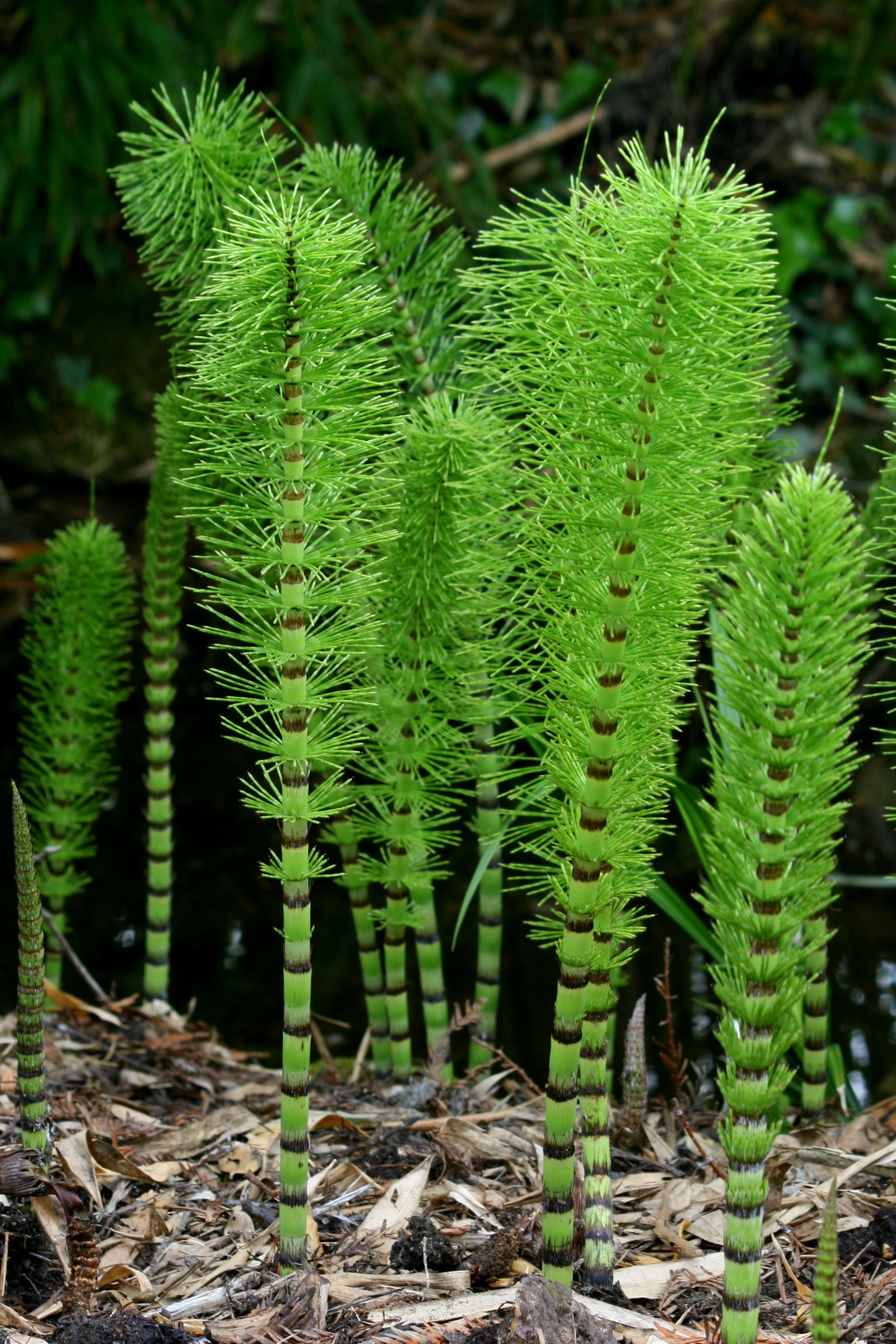 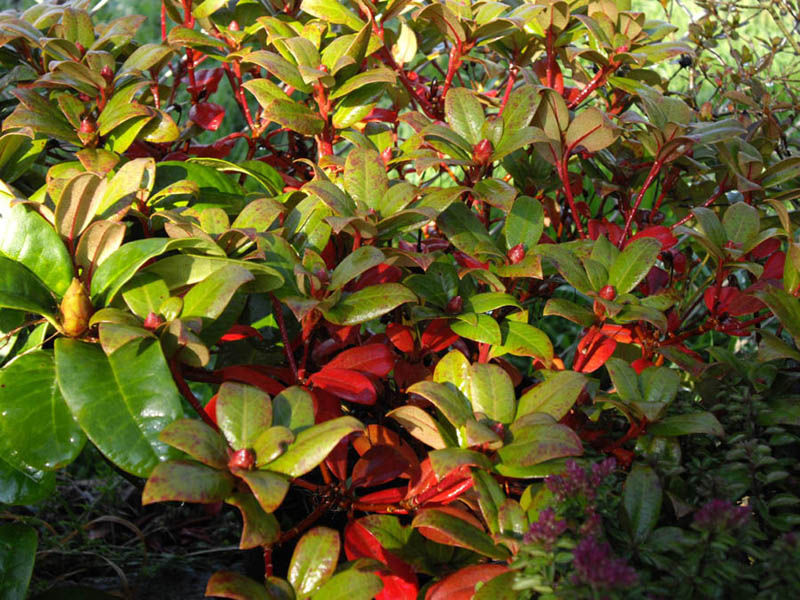 Intriguingly, we did not avoid a large forest of stinging nettles. Returning to his dwelling with our satchels full of supplies, my hairy companion began the preparations using these nettles and some fir needles to brew a very refreshing tea. We snacked on the boiled stinging nettle leaves as we prepared the rest of our meal. It piqued my interest to learn that fir needle essential oil is also used to great effect in Dr. Squatch’s own Hemlock Trail Cologne.

Being a resourceful fellow, Sasquatch had a storeroom full of berries that had graced the local bushes earlier in the year. Combining our collection with chilled salmonberries, mountain blueberries, and huckleberries, made the freshest, most wonderful salad you can imagine.

While we ate, Sasquatch regaled me with tales of his travels through the mountains. As food was on our minds, he returned frequently to describing many edible wonders he’d encountered. First he told me that I had to visit again in the spring when the Devil’s Club leaf buds, delicious after a quick blanching, are good to pick for just a few days. From his larder he produced some prepared Devil’s Club roots for a hint at what I could look forward to in the spring. Also slightly out of season he described Fireweed to me. I’d seen it all around during my hikes but had never thought to try it. Finally, warmed by the fire and just finishing our meal with the promised glass of dandelion wine, he produced a little basket of chilled blackberries that hit the spot.

Previous Story
The Gym or Outdoors – How do you choose?
→

Next Story
A Guys Guide to New Year’s Resolutions